A bunch of us on the Heritage Driven team are long-time gear heads. For us a great camera or bike is the same thing as a beautifully rebuilt Land Rover: a way to see and experience the world. Most months we launch a new gear review in the Heritage Driven Field Journal (subscribe here) and below you’ll find a running list of past hits. We’re always open to suggestions for new reviews so get in touch if there’s a piece of gear you think we should put through its paces.

Our founder recently went on a ten-day back road trip through Iceland. While hiking through one of the country’s volcanic moonscapes, a thick fog rolled in and he and his wife lost the trail. Thanks to the “Track Me” feature on his Garmin Fenix 6 Pro Solar, the watch had been tracking his hike via GPS and quickly put them back where they needed to be. To say we’re big fans of this watch is an understatement. It’s been our go-to timepiece, navigational tool, fitness tracker, music player, and many other things since it launched. There’s no comparison to something like the Apple Watch, which falls significantly short for those who love to adventure and need features like incredible battery life, highly-accurate GPS, solar charging, a rugged build, and more.

The global supply chain for bikes is absolutely nuts right now, which is why our owner was excited to get his hands on a spanking new Peacemaker Gravel bike from Boltcutter. This brand just relocated to Albuquerque (because our city is an under-the-radar gem) and we’re excited to see them grow. There are a lot of nice gravel bikes these days, but our owner went with the Peacemaker because it’s a perfectly balanced whip that’s comfortable enough for an all-day ride but also fast enough to win a local race. It’s also fully customizable—you can run 700x50c, 650bx2.1, or 29"x2.0 tires—plus it comes with a ton of gear mounts and can be painted in nearly any color you want (go bold or go home) thanks to the company’s custom program. Those of you who want a Peacemaker might have to wait a little while (blame COVID), but we highly encourage you to get in touch and guarantee that your bike will be worth the wait.

Those of us who geek out over cameras were VERY excited when Sony announced their flagship A1 model. This new mirrorless camera combines the image quality of their A7R IV, the video spec of their A7S III, and the speed of their A9 II, and actually improves on each one, creating the most capable mirrorless package on the market. We were lucky enough to get our hands on one and used it to photograph several HD Defenders. Thanks to a 50.1 megapixel sensor and the ability to shoot up to 30 frames per-second, we were able to nail gorgeous, high-resolution shots of the vehicles as they tore through the local desert playground where we test each build. We’ve yet to test the video capabilities, but all reviews say that the 8K footage is absolutely stunning.

We all understand the benefits of airing down tires—better traction and a smoother ride over variable terrain. But also we also know airing down is a time-consuming pain in the ass. That’s why our CFO has been using the MORRFlate Quad, which allows him to accurately air down, then re-inflate, all four tires at the same time. On a recent trip to Moab he was able to get two rigs aired back up in the time it took a buddy to do one. Tip: just make sure you buy the right one for your wheelbase and strap your rig with an onboard or external compressor.

We have been fans of Go Fast’s original rooftop tent because it is one of the thinnest and lightest on the market but still stood up to plenty of abuse. Their V2 ($3,750), which just launched, improves on the design in several ways. Most notably, they made their latching system better so the tent is wicked easy to set up and break down. It pops up in just a couple seconds and it now closes easier and faster than any other tent we have tested. They also added a number of new rack options so you can easily carry everything from an awning to solar panels to surfboards.

The news here is that Roam will soon be launching a quick-mount system that attaches to almost any roof rack (Front Runner, Thule, etc.) and allows you to snap both their 83L and 95L hard cases ($360 and $370) to the roof of your rig (the cases are great for carrying everything from recovery gear to kitchen items). Thanks to the mount you no longer have to struggle with tie-down straps or permanently bolt your cases down. Their quick-mount system—which we saw at Overland Expo West—can also be locked, meaning you can leave the cases overnight outside a hotel. Also check out their lid organizers that strap in to the cases and help keep all your small items in place.

We have incorporated Dometic refrigerators in our overland builds for years and love the brand. So while we were not surprised to see this new innovative hydration jug and water faucet, this was hands down the most inventive product we saw at Overland Expo. That’s because it turns a simple water jug into a running faucet. The battery-powered faucet ($100) snaps to the 11-liter jug ($70), or a table, via magnets and pulls water via a simple tube. Car campers will love this because it makes everything from brushing your teeth to washing dishes much easier. Gone are the days of tipping over your water jug and wasting water. The jug and faucet are also part of a larger camping gear collection that’s called Dometic Go and includes chairs, tables, and packing equipment. Everything launches in 2022 so this was just a cool preview. 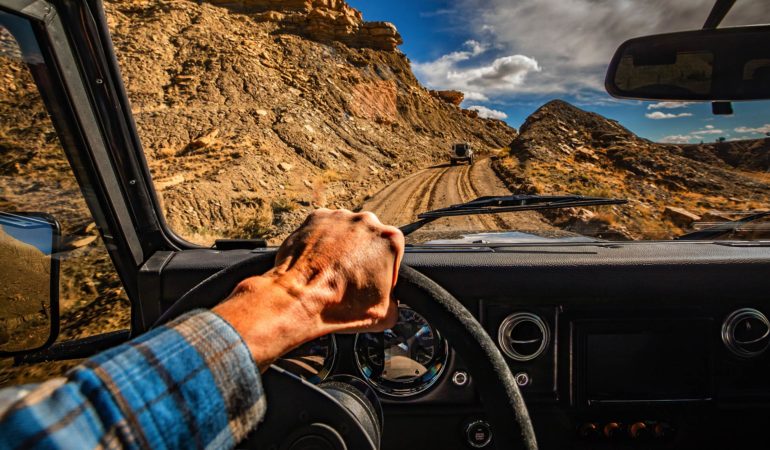 Music to Drive By 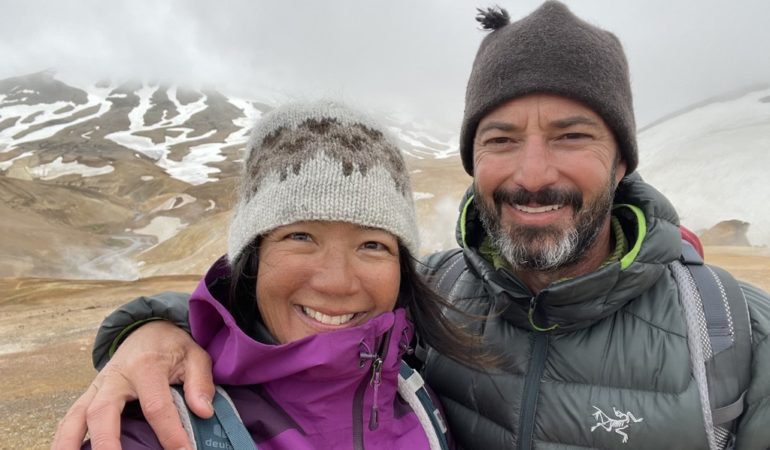 Always Forward: A Message From Our Founder

We Use Cookies
We use cookies to optimise our website and our service.
Manage options Manage services Manage vendors Read more about these purposes
Preferences
{title} {title} {title}